“I have always been fascinated by the gray area that exists between languages and cultures, and so was naturally drawn to discrepancies in translation,”

Stefana McClure was born in Belfast, Northern Ireland. She has lived in London, Tokyo, and New York. As a result her experiences outside of her native country have had a profound effect on her work. Through her adventure McClure investigates the visual properties of language. She’s fascinated by the physical appearance of closed captions, dictionary definitions, subtitles and the layout of text on paper.

In Japan, she studied traditional paper craft. McClure’s process of translation involves transforming text and printed materials into sculptural objects. Stefana do it by knitting, cutting, wrapping, and tracing paper layers. Through the lens of language, she has addressed subject matter ranging from the treatment of U.S. military detainees to popular culture.

Map of the World serie

Her serie Map of the World consists of linear strips cut from different maps, which she transformed into sculptures by rolling the strips into a ball. The final product is a globe representing her idea of cultural interconnection.

In conclusion McClure’s works invite scrutiny of the way in which the paper’s management have unravelled themselves, concerned with establishing their own place in the world by revealing everyone else’s. Indeed as hand made unique works, they present the antithesis to the mass production of print media. 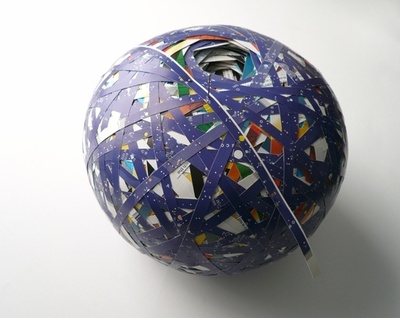 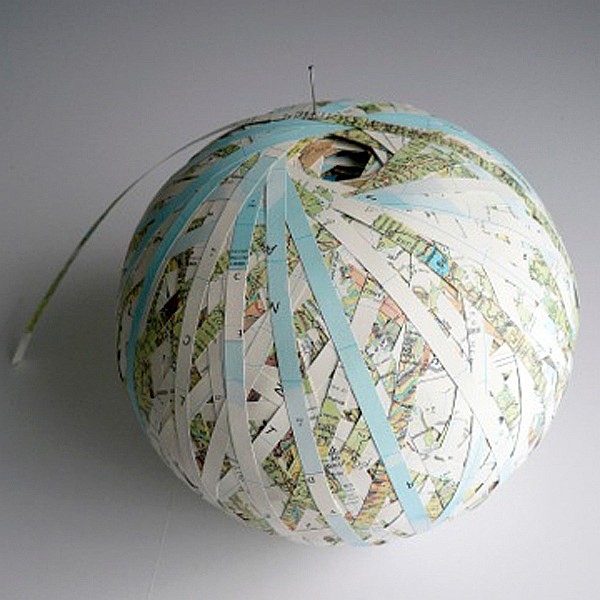 Stenfana McClure created Flat Globe serie in 2012. This time she deconstructs maps, knits them back together into flat sheets and then folds them, often presenting them in piles. Her two serie of map-art works are Map of the World and Flat Globe. In the first example the observer’s in front of a spherical object, like a globe. The second serie is composed by several strip of paper creating real flat object, such as maps. Human being know this two different ways af representing Earth and geographical places. It’s interesting how this artist revolution and change each of these language. Stefana reinvented both the flat and the spherical map forms. 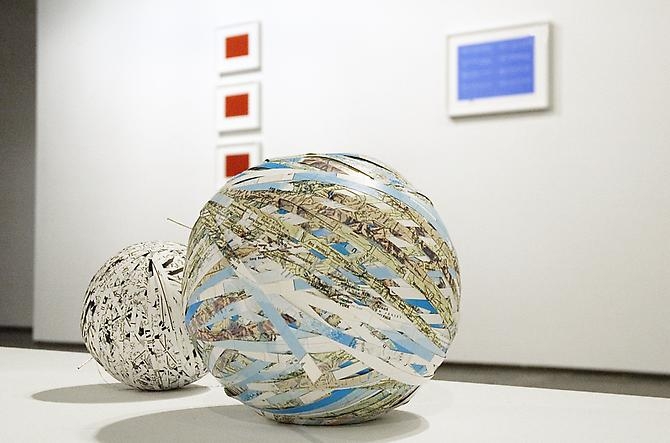 Stefana McClure, The year of spaghetti and other works on paper, exhibition view, 2006

Source and pictures from: